The Meaning of the Present Time 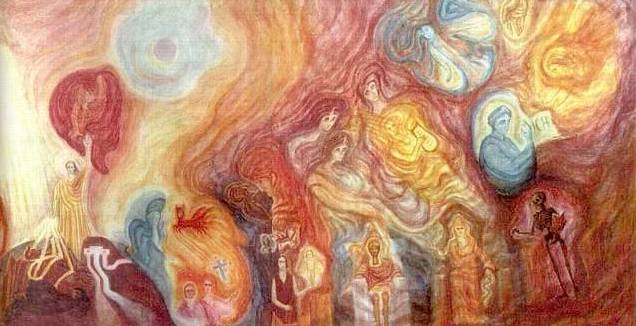 They are special days, these are.

Days – or rather months – in which we are witnessing a double phenomenon.

Those who refuse to use critical thinking are being increasingly gripped by the “single thought” of the official narrative, whilst those who, by trying to interpret the signals of the “Spirit of our Time“, begin to develop what Massimo Scaligero called “enlightened thinking“, and begin to take a broader view of events.

Don’t worry, I don’t intend to be controversial or divisive in any way; these are simple observations.

As I have already pointed out several times, it is not a matter of being no-vax or pro-vax but of using critical thinking “on our own account” and not suffering that imposed by global manipulation.

In an attempt to understand the meaning of the events we are experiencing from a spiritual point of view, I would like to comment on an inner experience of a dear friend, who sent me these lines:

I had a strange inspiration…three times during that night…and it was as though my soul was repeating it, so I would not forget what I heard during my sleep. It was as though I was awaken.

“The humanity is plunged into a dark, black fog and the only way that it can be dispersed, is by the light of those who are able to generate it”.

This was repeated three times. Then I kind of was taken and I saw the earth, somehow from above, there were cities, I saw the buildings and everywhere it was dark and as though black smoke was covering the buildings, only their tops were seen…then I saw some small light coming from the right side of my viewing point and began pushing the smoke…here all this finished“.

So the voice said to her:

‘Mankind is plunged in a dark, black fog and the only way to disperse it is through the light of those who are able to generate it’.

And this seems to me a fundamental clue to bear in mind.

Who are ‘those who are able to ‘generate the light’?

Obviously, those who follow a spiritual path and are able to escape the enchantment of the outer Matrix – or Maya if you prefer – and are therefore able to light up the darkness of suffering, confusion and pain that tower over us, by generating an inner light of knowledge and action.

At this point, the words came back to my mind that were repeatedly uttered by Bianca Maria Scabelloni – known to everyone as “Mimma” – during the course of meetings we held with her for a decade after Massimo Scaligero‘s death and which continued until her death in November 1990.

They were enigmatic words whose meaning I was unable to grasp at the time.

I quote here some of those reflections:

Today, in the age of Michael, the future Christian initiation has already begun, which concerns us and which must be thought of in this incarnation, the most important one we have ever lived through and will ever live through. (September 1984)

We must know, with absolute certainty and conviction, that we are citizens of the world, that we have come down to this Earth to perform a certain experience that is definitive in this incarnation, becausé this is the central incarnation in our evolutionary journey. It is the most important, but at the same time it also has its own impermanence. It is as if what we do this time is done once and for all, as well as if we were never to be born again, as if we had been warned that this was the last day of our life.  So we give the best of ourselves. We know that we will have repeated earthly lives, but this incarnation, even in its transience, is the limit for what there is to do. So realise that we come from celestial conditions, as we have seen in the karma of the solar community, that we have all already been together, and that we have made a commitment for a certain purpose on Earth. (July 7, 1987)

This is a central incarnation, just as pivotal in the history of humanity’s evolution as was the time in the fourth epoch of evolution when Christ was born on Earth, imagine that we are in the middle of a line and after that the line will continue. (July 21, 1987)

What I could not understand at the time was why this incarnation at the turn of the 21st century should be the most important of our entire Earthly adventure.
We have had thousands of incarnations over the millennia….
I can understand that about the one during the turning point of time but today…what is so special about this era?

“This is the central incarnation in our evolutionary journey”.

Well, the events of the last year and a half have provided me with the answer.

The meaning of our whole life is this time.
We have come down to Earth just for this; to bear witness to the Light, here and now.

The preparation we did before coming down to Earth, the School of Michael, the agreements we made between us to meet, the fundamental meeting with the Spiritual Path, everything, everything was nothing but a preparation for this fundamental trial.

In the words of Massimo Scaligero:

The present time is ominous: this is no rhetorical expression. Whoever knows how things truly are, knows that those few who have any inner responsibility, should no longer waste a minute of time, should no longer postpone for a moment their decision to perform that surmounting whose nature they really know in secret. Such tasks can no longer be postponed. It is necessary to take the calm decision to realise that same strength which it has been possible to evoke at certain decisive moments, when it seemed as if the foundations of life had to fail because of the collapse of all human resistance.

We are on the verge of events that can be seriously destructive for mankind or presage a rebirth in the sign of the Spirit.

But we can also call to mind the words of Rudolf Steiner, pronounced in London on August 24, 1924:

“Every Anthroposophist should be moved by this knowledge: ‘I have in me the impulse of anthroposophy.   I recognise it as the Michael Impulse. I wait and am strengthened in my waiting by true activity in anthroposophy at the present time so that after the short interval allotted in the 20th century to anthroposophical souls between death and a new birth, I may come again at the end of the century to promote the Movement with much more spiritual power. I am preparing for the New Age leading from the 20th into the 21st century’. . .

It is thus that a true Anthroposophist speaks.

Many forces of destruction are at work upon the earth! All culture, all civilised life shall fall into decadence if the Michael Impulse’s spirituality does not take hold of men that they are capable of elevating civilisation, which is hurrying downhill. If there are to be found souls that are truly anthroposophical, willing to bring this spirituality into earthly life, then there will be a movement leading upwards.

If such souls are not found, decadence will continue to spread.

The Great War, with all its attendant evils, will be merely the beginning of still worse evils. Human beings today are facing a great crisis.

Either they must see civilisation going down into the abyss, or they must raise it through spirituality and promote it in the sense of the Michael Impulse.” 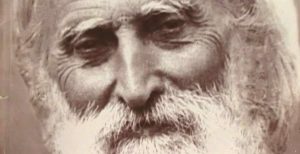 What you can do today, do not postpone it for tomorrow.

This day now, this is the day that redeems the future.

You are not late yet, but if you postpone, you will be late. This day now decides your fate. If you use it well, it will determine your future.”

It seems undeniable to me that, as my friend says, mankind is “plunged in a dark, black fog and that the only way to disperse it is through the light of those who are able to generate it“.

It is as if we, as Knights Templar, after lengthy training for combat, are finally facing the enemy.

Now we can no longer turn a blind eye. Not only our own, but the evolution of all humanity is at stake.

And do not tell me that we do not know what to do, otherwise all that we have studied, meditated and exercised will have been in vain.

Pictured above:: Sophia Between Light and Dark, Rudolf Steiner