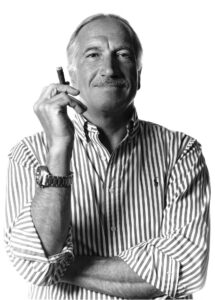 I am an Italian independent journalist and researcher who lived for a decade in the US working as foreign correspondent for various magazines.

Former editor and publisher of international magazines in Italy for three decades, I attended the School of Oriental Studies in Rome, deepening the knowledge of ancient indian philosophy.

Having thereafter studied modern philosophy, I graduated in philosophy with a dissertation on Steiner, Nietzsche and Scaligero, and continued my studies in Germany, where I lived and taught.

Always very close to the Oriental culture and esotericism, I followed at first the lectures of Krishnamurti and other Yogin’s teachings, until I met Massimo Scaligero, who introduced me to western esotericism and to Rudolf Steiner.

For eight years – until his death in 1980 – I had the extraordinary privilege of having a weekly private meeting with him.

Author of articles and essays, I have translated books by Rudolf Steiner, Gustav Meyrink and Judith von Halle from German into Italian.

In 2012 I produced and directed a documentary on the Steiner schools of Rome, “The school that breathes”.

In 2016, my book “Story of a meeting, Rudolf Steiner and Friedrich Nietzsche” was published by Bonanno Editore.
In 2018 I acted out and co-produced with my American company Excellitaly Inc. the movie “Oltre – A tribute to Massimo Scaligero”, that will be distributed worldwide.

The name “libero pensare” (free thinking) of this website is meant to emphasize my independence from any doctrine, school or outward association, leading back every possible ‘belonging’ to the “Way of Thinking” of which Massimo Scaligero was unequalled teacher.