The events of 11 September 2001, today being the twentieth anniversary, have filled the pages of newspapers, television screens and social networks all over the world.

I would therefore like – in the midst of so much media hype – only to add a few brief reflections to what I have already had occasion to write in the past.

Twenty years after those events – which changed the world as we knew it before they occurred – the veil of lies that immediately surrounded them, thanks to the official narrative, inconsistent but fiercely and implacably impervious to all evidence, has not yet been lifted.

In recent years – a foretaste of what is happening today – we have been faced with two human currents: those who do not question the official version despite its obvious inconsistencies and scientific untenability – and those who instead, using critical thinking, have immediately begun to ask themselves questions in order to finally arrive at a fairly comprehensive understanding of the reality of the facts.

Among the many who have followed this path, I would like to mention my friend Massimo Mazzucco, who in Italy was one of the first to provide extraordinarily precise and incontrovertible documents to challenge the official lies; his “Inganno Globale” (Global Deception) is impeccable. For France it is worth mentioning Thierry Meyssan, with his “9/11 The Big Lie” and for the US, David Grey Griffith with The New Pearl Harbor Revisited: 9/11, the Cover-Up, and the Exposé, but I could name many others.

If, however, by cross-referencing the evidence brought to light by these researchers, it is now finally possible to arrive at a reasonable truth on the level of external facts, what is lacking is an examination of the occult facts that lie behind these events but which are no less crucial than them, for understanding the meaning of what changed the face of our world since that September morning twenty years ago.

So let us try to sketch out a possible interpretation of current events from an esoteric point of view.

First of all I would like to recall a statement made by Rudolf Steiner concerning the outbreak of the First World War.   After the assassination of Archduke Franz Ferdinand there was a frantic exchange of telegrams between the European administrations to try to avoid war, which initially seemed extremely unlikely. But, Steiner adds, ‘at a certain point a sort of hypnotic sleep, of enchantment, descended upon Europe and things went as – apparently – no one would have thought or wanted.’

The Great War broke out and took over 20 million lives.

A little less than a century after these statements by Rudolf Steiner, in 2013, an English author, Christopher Clark, who has nothing to do with esotericism or Rudolf Steiner, wrote an imposing historical work on the initial events that led to the outbreak of war, significantly titled The Sleepwalkers How Europe Went to War in 1914. In the book, Clark traces the paths to the outbreak of war in an action-packed, minute-by-minute account of the key decision-making centres in Vienna, Berlin, St Petersburg, Paris, London and Belgrade, detailing the mutual misunderstandings and unintended signals that drove the crisis forward in a matter of weeks, reaching the same conclusion as Rudolf Steiner:

a hypnotic sleep, a kind of enchantment had enveloped Europe.

I have written about the esoteric significance of 9/11 in a number of papers, but particularly in The Consequences of 9/11, A Spiritual Perspective [in Italian] to which I refer the reader so as not to repeat myself.

In extreme summary I wrote that if lying is – as Steiner states – murder on the spiritual plane,

“if we multiply exponentially the lie, the slander that we can address to one of our fellow human beings, and we enter the order of magnitude of a global lie such as 9/11, we can easily understand what the consequences, the damage, can be not only on a human level, but on a universal level”.

And I concluded my reflection with these words:

“9/11 represents a murder, a massacre, on the level of all humanity. Obviously, we could not have expected less harmful consequences than those we see daily arising from the arrogance of those who imposed this colossal lie on the human race and continue to raise the stakes, counting on the inadequacy of humanity’s love for the truth.

It goes on acting, it goes on killing.

Now, we know that both in our individual lives and also in the unfolding of human history there are rhythms whose succession is highly significant.

In addition to the 33-year rhythm, there is the lunar node rhythm, which lasts for about 18 years and 6 months, in which the orbits of the Sun and Moon intersect and influence the life of every living thing.

Lunar nodes represent the closing of a fundamental circle for the individual but also for external historical events. Let us say that what is manifested in one node comes to greater expression in the next node.

Just by chance? No connection…?

It would thus seem that what the egregor experienced in 2001 – which we could call a dress rehearsal of the attack on Humanity – has been fully manifested by the lie – this time a truly global one – that has surrounded the events surrounding the pandemic from the outset.

If, at this point, we go back to the hypnotic sleep, to the enchantment that enveloped Europe on the eve of the First World War – which was also evidently the result of an intentionally constructed egregor – we can shed light on the incredible effect that media propaganda and the strong powers have had in paralysing any critical thought in very large swathes of humanity in which people, even in the face of the contradictions and nonsense of the official narrative, continue to refuse to think for themselves, perhaps simply by asking questions.

In conclusion, we could perhaps venture the hypothesis that the success of the dress rehearsal – the global lie of 9/11 – has encouraged the powers that openly hate the due evolution of Humanity to launch the deadliest attack in its history.

In this case too, then – as in others – we can see that the historical symptoms can only be fully understood by resorting to a higher, usually occult, necessarily super-sensible plane. 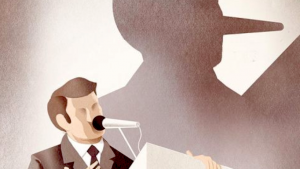 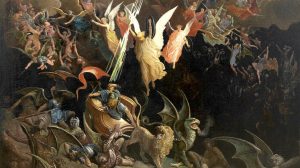 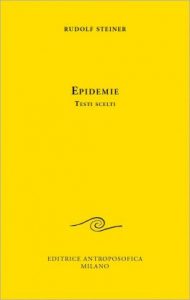 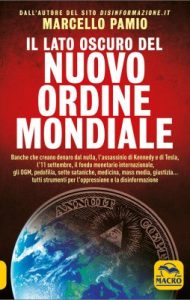 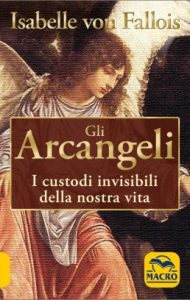